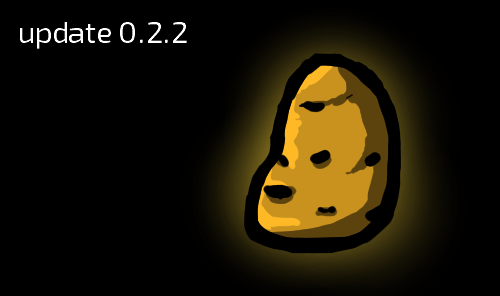 Apart from a couple balance changes, today's update is mostly focused on quality of life additions.

I have noticed that a lot of players did not know what the colors of the items were for. The game didn't make it clear enough and this update will hopefully fix that.

Colors are here to introduce a little strategical dimension to the game and to allow the player to customize his build.

This means that some abilities are more or less efficient with your character depending on his stats.

You could choose to focus on increasing your Damage and using a Bow, or to play Patato and focus on maximizing your health points and throw meatballs around.

Passive items are also color coded to indicate which stat they affect. I have added the purple color for those that modify multiple stats, I'm hoping it won't be too confusing for new players.

Here is how the new item infobox looks: 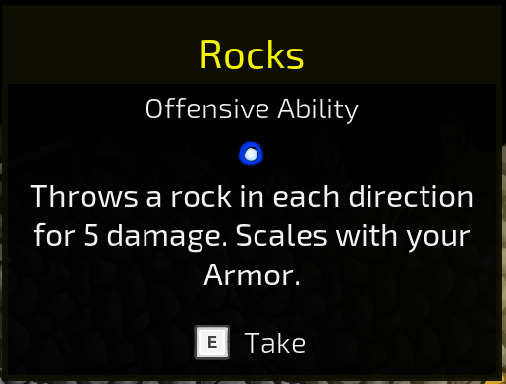 You can see the full changelog below:

There are some YouTubers who have recently posted some fantastic gameplay videos of the game, make sure to check them out:

A streamer named GrehgyHils is also currently playing through a list of 25 indie games amongst which Space Gladiators is!

The next session will be held at 6:30 PM Thursday, Mountain Time (MT) at the following link:
https://www.twitch.tv/grehgyhils

The game might be played there, or it might be in one of the next sessions. I personally won't be able to attend as it will be 2:30AM at my time (CEST) but make sure to be there if you're interested!

Finally, the website AlphaBetaGamer has written a great article about the game, which you can read here:
https://www.alphabetagamer.com/space-gladiators-escaping-tartarus-beta-demo/